Where do i start. I meet Chris last year at the Working Man's Motorcycle and Art Show . A cool cb750 that he hardtailed with a TC bros kit anyways we keep in contact and he mentioned he that he wanted to build a crazy long honda chop and asked if i'd be willing to do the frame for it.
Hey i'm always down for something new.
He started with finding what ended up being a 27 over girder front end off of chop cult and said build a frame for it.  he really like the look of the Denvers Chopper double down tube that hugged each other so we agreed that's what this would be. I ordered a neck and axle plates from Jason over at Texas Bike Works since his frames had the look of old Arlen Ness chops from back in the day which i thought would be a good mix with the Denvers style down tubes. 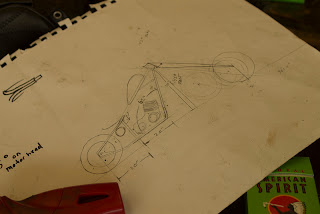 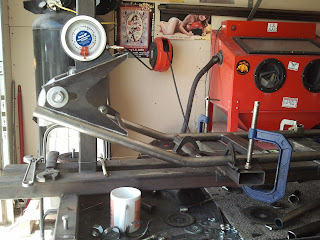 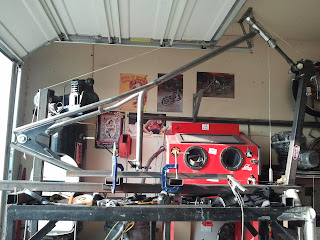 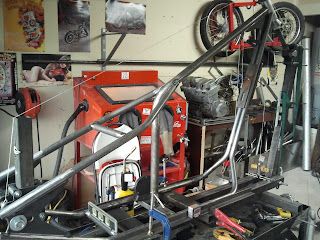 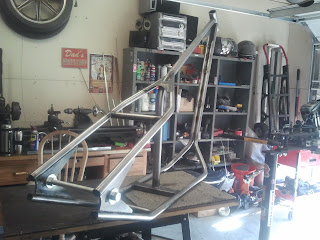 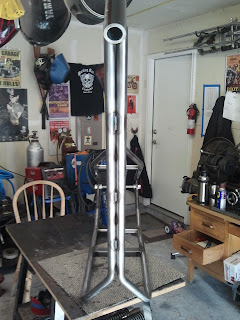 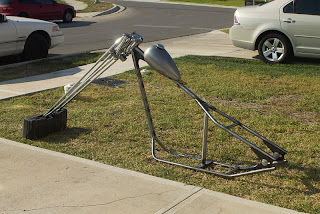 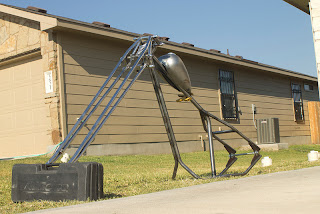 I took my time with this frame drawing it  out to scale and with the help of Paul Durfee and his computer guy to check my numbers. I came up with a design that will have close to 4" of trail when it's rolling down the road. I am just about done with it, all that's left to do is get the motor mounts in. Any ways here's some pics of the process and some with the girder playfully in place.enjoy
Posted by workingman at 6:22 PM 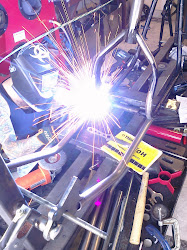 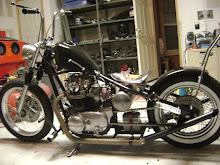